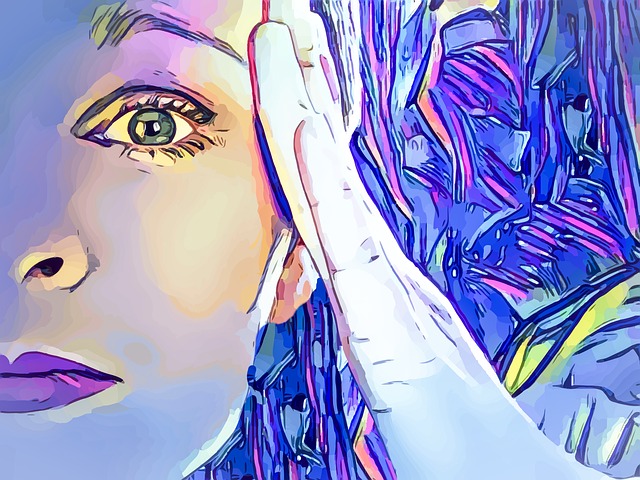 “What am I getting myself into if I do hormone and gut testing?”

“What can I expect when the results come back?”

We get these questions A LOT and while every individual’s journey is unique, “Jackie’s Journey” below is a combination of a few of our typical Migraine Freedom® coaching clients intended to give you a better idea of what functional nutrition can do for someone with migraines.

Jackie suffered with migraines 2 or 3 times every month and had since high school. With a 12-year-old son to keep up with and a career in project management, she really couldn’t afford to be out of commission for entire days at a time.

When she got a migraine, she would have to shut herself in a dark room all day and felt exhausted and slightly nauseous the next day, too. Her boss was fairly tolerant, but she worried that the rest of her team thought she wasn’t carrying her weight and suspected that she wasn’t getting assigned the top projects because she had to call in sick so often.

Even though she was hesitant to start a coaching program and spend money on testing and treatments, she knew there was a significant cost to not being able to work and finally felt that at 36, she should be feeling healthy and enjoying life!

Walking through the DREAM phase of the Migraine Freedom® plan together, Jackie realized that her migraines weren’t just impacting her work and ability to be there for her son’s basketball games.

She thought about how much her husband worried about her every time she was sick and how even though he couldn’t quite understand the unpredictability of her migraines, he tried to be there for her.

She thought about all the times they had canceled date night because she wasn’t feeling well and how they talked about taking a trip to Italy as a family but she was scared that she’d spend the whole time in the hotel room because flying and changing time zones always seemed to bring on a bad episode.

Yes, migraines were painful themselves, but realizing the impact that they had on her family and career was even more painful and a real motivation to change.

When we started the DIVE phase, Jackie was skeptical because she had already been to a dozen specialists and doctors and although she’d built up a little collection of diagnoses (hypothyroidism, IBS, seasonal allergies, moderately high blood pressure, gum disease) and prescriptions, she had been told that none of this had anything to do with her migraines or was related in any way.

We started with a DUTCH hormone panel and found that her cortisol pattern was dysregulated. Rather than smoothly drop over the day, it dipped severely mid-morning and remained low all day, only to spike up around bedtime, explaining why she often felt “tired and wired” at night and had trouble getting to sleep.

Taking a look at the most advanced, only FDA approved GI pathogen screen on the market revealed traces of a parasite infestation that was missed on 2 standard stool tests that she had done in the past. She had been suffering with mild gas and indigestion for years, just managing it with over the counter products.

Continuing our investigation, we discovered that Jackie had immune reactions (food sensitivities) to broccoli, spinach, corn, chicken and parsley – all things she frequently ate! So her body was under constant stress from this parasite and the food sensitivities, contributing to hormonal imbalance as her body struggled to cope and a constant inflammation.

As we uncovered these hidden problems, Jackie started to understand how the stress and inflammation was showing up in her body, not just as migraine headaches but also with her seasonal allergies, blood pressure and sensitive gums. Everything was connected and interlinked and she no longer felt like she just had a bunch of health problems to manage but a couple of key systems to pay attention to.

Directed by the knowledge we had gained in the DIVE phase, Jackie moved into the HEAL phase following a customized D.R.E.S.S. plan that included recommendations for Diet, Rest, Exercise, Stress Reduction and Supplementation. With an emphasis on healing her gut, eating a balanced diet while avoiding her trigger foods and food sensitivities, and learning to incorporate quick stress-busters into her daily routine, Jackie found that a month into her protocol she was no longer craving caffeine and sweets every afternoon.

At first the diet changes and making time for herself every day wasn’t easy (change never is), but at each meeting we discussed what challenges she was facing and brainstormed ways to overcome them.

For example, she wasn’t used to packing healthy snacks to take to work or when she had activities in the evening. She didn’t know what to bring or how to fit in the prep time. After thinking it through together, she decided to start doing snack prep together with her son every Sunday evening. First we sent her several ideas and recipes to inspire her. Every weekend, they started cutting up veggies together, making a new trail-mix recipe for the week and some delicious energy balls and packed them up in individual containers for the rest of the week. Then he could take some to school and she took some to work!

Two months in, she realized she suddenly had enough energy to make dinner at home after work instead of grabbing takeout or deli items on the way home. She had so much extra energy, she wrote me to tell me that she and her husband had gone for a long bike ride over the weekend and shared a picnic at their favorite lake, something she hadn’t felt like doing in years!

She decided to extend her program and four months in, she had a doctors appointment and was surprised to find that she was able to cut back on many of her prescriptions. She also realized she hadn’t refilled her prescription for Imitrex in two months because she wasn’t needing to use it as often. Was it too good to be true? Oh, and she had to buy new jeans because hers were all getting too loose.

As part of the THRIVE phase, we started to work on how to sustain these improvements and healthy habits as she was thinking about travel plans and finding her weekends to be full of fun things.

At 6 months, she reported only having one migraine in the last two months – a dramatic improvement. Her lab retests showed that the parasite had been eradicated and that she could reintroduce about half of the foods she was avoiding already.

Gut healing can be a slow process, so we made a few adjustments and she decided to continue the protocol and move into a maintenance program where we could check in once a month.

She had started out wanting to work on improving her migraines but couldn’t believe how much better life was when she had all this energy, she wanted to see how far she could take this new found freedom.

Several of her colleagues even noticed the changes and asked her what she was doing and told her she should ask to take on the new process transfer from Germany, which would be a significant step forward in her career. Most of all she was excited that in only 6 months she was able to have more fun with her son and spend quality time with her husband doing the things they had always talked about!

Visit this page for more on what it is like to work 1:1 with our team and see videos from real clients.

Has functional lab testing like the DUTCH or GI MAP helped you figure out clues about your health and how to improve it? Share your story! If you are less familiar with them, what kind of questions do you have?